Zone Rouge: Where The Ghosts of WWI Haunt The Earth

Welcome to one of the world’s strangest and most fascinating abandoned areas.

Each morning in a lonely corner of North East France, the two towers of the Canadian National Vimy Memorial loom out of the mist. Surrounding the memorial are many empty acres where nothing grows but pale, wispy grass. At the monument’s centre is a sculpture named Canada Bereft. It’s of a young woman wearing a cloak. Head bowed, she directs her eyes towards a sarcophagus many metres below, bearing a helmet and sword draped in laurel branches. 11,000 Canadian soldiers died near Vimy during World War One. Many of those deaths occurred during the Battle of Vimy Ridge. It is on the site of that battle that the monument now stands. The land for which these men gave their lives now lies ghostly and empty.

The Germans intended the Western Front to be a war of attrition. When, in 1914, Germany realised they were being drawn into a war with both France and Russia because of the unfortunate knot of competing alliances they were mixed up in, they decided on a strategy which at the time seemed sensible, considering the circumstances. They would first use their full military might to quickly humble France, who they viewed as weak. They would absolutely batter them. They would kill their soldiers and destroy the land on which they had died. That way, French morale would quickly break. Then they would ship the army across to their eastern border, which at the time was with Russia, where they would fight the stronger but slower to mobilise Russian army. Of course, as a result of Belgium and Britain’s resistance to the Germans, things didn’t go to plan. Both sides ended up fighting from trenches.

It stayed like this for years; each side preferring to use bombs and chemicals in futile attempts to beat the other into submission. Whenever one side emerged to try to claim extra ground, on the orders of a general safely tucked away at the rear, the enemy would shoot them to pieces with machine guns.

When peace finally returned, France granted the site of the Battle of Vimy Ridge to Canada as a token of their gratitude. The land surrounding the memorial is strangely shaped and fenced off. From the fences hang bright red signs:

This area is part of the Zone Rouge, an area of 1200 square kilometres which roughly follows the line of the old Western Front. After the war ended, the French government mapped the damage that four years of ferocious fighting had done to the country.

The front line was a hellscape of deep mud, shell fragments and abandoned equipment, pockmarked by large pools of murky water. Lurking under the mud were mines, waiting to be detonated, and the unidentified bodies of soldiers. Before the war, farms, villages and woods had stood there. Now they were barely recognisable. Experiments concluded there were about 30 unexploded shells per square kilometre, and that contamination – from lead, mercury and crude chemical weapons like mustard gas – was so bad that it rendered the land infertile.

The destroyed villages are marked with simple signs. ‘Bezonvaux – Village Detruit’. More signs were put up next to small mounds of concrete and bricks. ‘Ici se trouvait l’eglise’ – ‘Here stood the church’. A sign saying ‘Grande Rue’ – ‘High Street’ – stands amid what is now woodland undergrowth. In the middle of a young forest, a plaque attached to a stone says ‘Cafe-Grocery’.

The French government defined Zone Rouge as ‘Completely devastated. Damage to properties: 100%. Damage to Agriculture: 100%. Impossible to clean. Human life impossible.’ The zone was fenced off and given over to nature.

Even today, the only people allowed in are from a special department of the French government whose job is to clear the area of mines – an operation still ongoing 101 years later. While the area is full of various memorials to soldiers, the land itself doesn’t allow us to forget either. 900 tons of rusting but dangerous artillery shells are still piling up in safe depositories. Entire tanks are dug up. Horrors rear up from the past, arising from a 100-year slumber. And the war continues to claim lives. Over 1000 people have died due to triggering unexploded devices left behind when hostilities ceased and lucky soldiers returned home in 1918.

But nature has recovered quicker than we had imagined. The land which the French government declared permanently poisonous and out-of-bounds in 1918 now blossoms with life. Grass, shrubbery and woods have found their way through the poisoned soil, healing the scarred earth. Those woods give shelter to wild boar, deer, voles, rats, mice and wildcats. Although the livers of animals which make a home in the zone still display higher-than-normal levels of lead.

Today the zone is smaller than it used to be, as the demining operation slowly clears the area of lurking danger. But by some government agency predictions, it will take 700 years for the entire area to be entirely cleaned, so horrific and complete was the damage done in the four years between 1914 and 1918.

The Austro-Hungarian Empire, the only country really gagging for a war in 1914, no longer existed four years later. Germany lost land, its monarchy, and was forced into a period of instability which lead to the rise of Hitler. For Russia, participation in the war was one of the many causes for the revolution of 1917, which brought about the end of the Tsar and the rise of communism.

In the UK the effects were more social than political. The loss of over a million soldiers for the sake of maintaining diplomatic alliances left a generation of children without fathers, mothers without sons, wives without husbands. The ageing spinster with the fading photo of her dead husband became a fixture in films in the 50s and 60s. The land their husbands died fighting over lies empty but for signs pointing to what once was.

The Zone Rouge sits there, an ever-present reminder of the futility and pointlessness of war. But it is also a monument to the resilience of nature, oblivious to our human problems and fits of destruction. 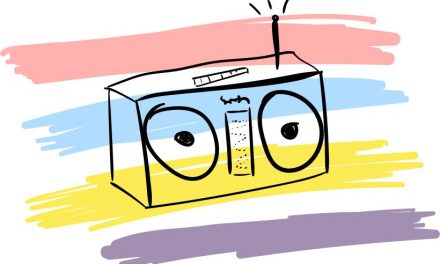