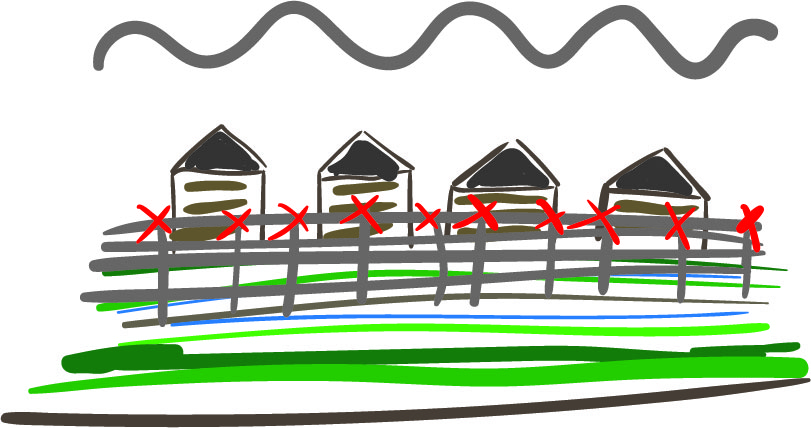 This is the story of how a song inspired imprisoned communists in Germany before lighting fire under the feet of Republican fighters in the Spanish Civil War.

A mournful song drifted over the moors of Lower Saxony in north-western Germany, over clumps of rugged reeds, smudges of sticky mud, fence posts, tile roofs and razor wire. The singers were dressed in rags. In their hands were spades.

Far and wide as the eye can wander,
Heath and bog are everywhere.
Not a bird sings out to cheer us.
Oaks are standing gaunt and bare.

It was 1933, the first year of Hitler’s chancellorship, and the choir were prisoners in a concentration camp called Börgermoor – pretty tame compared what would come later, but bad all the same. They were mostly communists and socialists, who Hitler had rounded up that year, using the Reichstag fire – blamed on a communist – as an excuse. Their dreams of a communist Germany were dead. Now their days were full of pointless labour; building simple mechanical parts, extending the camp to house the next lot of unfortunates and cultivating the moor. Every once in a while, they were permitted to put on an entertainment show for the other prisoners and guards.

When the choir sung the last lines of the song, they rammed their spades into the ground and marched off, leaving the spades looking like crosses.

As existing political songs were banned in the camp, the prisoners had to write their own. The Peat Bog Soldiers (Die Moorsoldaten in German) was written by a miner and poet named Johann Esser, Wolfgang Langhoff, an actor, and Rudi Goguel, a Communist Party official.

Upon release, the prisoners went their separate ways. Langhoff fled to Switzerland, where he was able to resume his acting career in peace. Others went to Russia and Britain, taking the song with them. Meanwhile, the song also spread among the growing number of camps in Germany, remembered and passed on by the prisoners who had heard it during its first performance before being transferred. In London, the song found its way to another left-wing exile: composer Hanns Eisler. Eisler made some modifications to the tune and sent it to Barcelona, Spain, where his friend, actor and singer Ernst Busch, was fighting in the Civil War.

Up and down the guards are marching,
No one, no one can get through.
Flight would mean a sure death facing,
Guns and barbed wire block our view.

Almost 60,000 foreign volunteers fought for the Republican side during the Spanish Civil War as part of the International Brigades, organised by Comintern (Communist International). They came mainly from France, Italy, Germany, Poland the USA and Britain, but also from places as far off as Mexico and the Philippines. Fighters from over 36 different and diverse countries – most of them of a socialist or anarchist persuasion – fought alongside each other for the cause of a democratic Spanish Republic.

Ernst Busch was one of about 2,200 left-wing Germans who fought for the Republic, trying to achieve for Spain what they had failed to achieve in Germany, while Germany’s fascist government sent planes to drop bombs on them. While in Barcelona, Busch recorded a version of The Peat Bog Soldiers. It first went out over the radio in Spain before appearing in a book of songs for the use of the International Brigades.

German fighters all over Republican Spain began to sing the song for motivation.

But for us there is no complaining,
Winter will in time be past.
One day we shall rise rejoicing.
Homeland, dear, you’re mine at last.

For the Germans in Spain, the civil war was a grim struggle. Many were working-class, part of the lost generation created by the Great Depression, and had come of age during a time of constant political and economic upheaval in Germany. They had fallen on the wrong side of every event in Germany over the past years and now they had been beaten and driven out, losing everything but their ideals. Their participation in this war was borne of their refusal to give in to fascism, and as a result their Spanish comrades viewed them as the ‘real’ Germans.

John Cornford, an English communist and poet who fought and died with the Brigades, described them as ‘the finest people in some ways I have ever met. In a way they have lost everything, have been through enough to break most people, and remain strong and cheerful and humorous. If anything is revolutionary it is these comrades.’

The best-known German battalion in the International Brigades was the Thälmann Battalion, named after German Communist Party leader Ernst Thälmann. Ferocious and passionate, they often led the lines in battle and consequently lost almost all of their number during the course of the war.

The historic, pretty town of Teruel was the site of their final battle. Teruel Cathedral is almost 900 years old and, like so many in Spain, of both Christian and Muslim heritage, having been rebuilt, appropriated and added to throughout the ages by whichever culture controlled the town. It was in the shadow of this monument to racial and cultural mixing that the soldiers of the Thälmann Battalion finally met their end, along with 60,000 other Republican fighters, as Franco’s Nationalist forces surrounded the town and then pushed in.

Other German members of the Brigades, exiled from Germany during the Nazi era and the Second World War, eventually returned to their homeland with the founding of East Germany, some eventually becoming powerful in the communist government and its state-owned enterprises. Wolfgang Langhoff, Ernst Busch and Hanns Eisler all lived out their days there, their dreams of a communist homeland partly realised. Eisler went on to compose the state’s national anthem.

Their song entered the repertoire of revolutionary songs sung on special occasions in East Germany, while its English translation has been recorded by, among others, Paul Robeson and The Dubliners. Famous German folk singer Hannes Wader is probably the most famous singer of the German version.

The Peat Bog Soldiers was carried across a continent on the brink of a terrible war, in the minds of the Nazis’ first victims; communists and social democrats. Its references to imprisonment, barbed wire and guns an eerie preview of the unspeakable horrors which The Holocaust was about to unleash. It gave life to weary prisoners in German camps, before lighting fire under the feet of fighters in Spain. Now it’s a reminder of the complexities of Germany’s history during the 1930s and 40s, when not everyone was a goose-stepping Nazi, and many good people died for the cause of internationalism in the face of fascism and dictatorship. 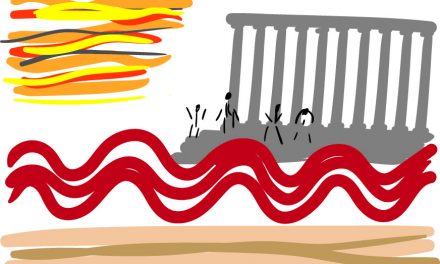