When it comes to those wavelengths which don’t tingle our own senses, we may use external equipment to interpret them into something we understand – special cameras, antennas, or photographic film. But in the case of some transmissions, receiving the signal and turning it into audio isn’t enough to understand the message.

Understanding these messages requires something extra: a little paper booklet, full of code.

When I was small my granddad introduced me to a magical idea. If I picked up a radio and tuned it to the right frequency – normally at the end of its range – I would hear the conversations of the local police. What kind of 7-year-old wouldn’t find that an appetising prospect? It spoke to a love I share with all humans; the love of eavesdropping on things we’re not meant to hear.

Well, I scrolled and scrolled through screeching static, but never caught a hint of any police walkie-talkies.

However, the mystery of what hides inside the static endures. And it’s no dead-end; there have long been illicit messages hidden there, waiting to be heard, accessible to anyone with a short wave radio set to the right frequency, at the right time of day.

That is the beauty of numbers stations. Anyone can hear them, only a few can interpret their messages.

What are numbers stations? Officially, they aren’t. The closest any government has come to acknowledging their existence was in a careful statement by a British spokesperson back in 1998. “These are what you suppose they are. People shouldn’t be mystified by them. They’re not, shall we say, for public consumption.”

What we understand of numbers stations is made up of hearsay, speculation and educated guesses. They get the name ‘numbers stations’ from their content, which usually consists of a few eerie bars from a song followed by a succession of random numbers read out by a recorded voice.

The Lancashire Poacher (British) and Swedish Rhapsody(German) are famous examples. Both get their names from the songs played at the beginning.

We do know they transmit on shortwave frequencies. Shortwave, an old technology which has been popular since the 1920s, is particularly good for transmitting something a long way without the help of any newfangled crap like the internet or satellites. Instead, a shortwave transmitter sends the signal into the sky until it hits the ionosphere, 50-370 miles up.

There, solar ionisation creates an electric charge which reflects the signal back towards Earth. The bigger and more powerful the transmitter, the further the signal reaches. A large transmitter, coupled with a quality handheld radio at the other end, could pick up shortwave transmissions half way round the world.

It would be unwise for governments to admit to the existence of these stations. Most operate illegally, on frequencies reserved for proper radio, emergency services or even air traffic control. They transmit from unregistered transmitters, which because of the nature of radio signals are hard to locate.

There is no digital trail left by radio transmissions, just a nondescript transmitter somewhere in the countryside. The lack of action against such stations compared to the way pirate radio is hounded off the airwaves points to government and military involvement.

So what are those numbers all about? They are any curious kid’s dream; mountains of implausible teenage fiction come to life. They are coded messages to spies.

After checking they are alone, an overseas agent, dug in at an enemy’s security agency, tunes into the pre-agreed frequency at the pre-agreed time. Through the fog of static appears a monophonic version of a popular folk song, alerting them to the message that is about to start.

Then come the numbers. The operative writes them on a scrap of paper. When the transmission ends, the spy opens their little book of one-time pads, and turns to the correct day. With this pad, the spy – and only the spy – can find out what the message means. What are their orders? Should they continue their assumed role for the other side, or is it time to drop the disguise, and act? The message understood, the agent now destroys the key.

All the while, shortwave radio enthusiasts, confused members of the public and infuriated members of those same secret services are also listening in. They are receiving the signal clear as day. But they cannot receive its meaning. 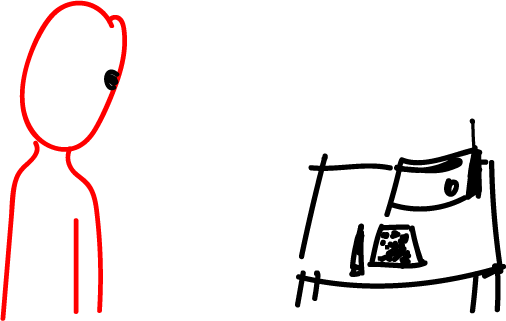 These stations were particularly prevalent during the Cold War, when inhabitants of large European cities couldn’t move without tripping over the foot of an enemy operative. But a quarter of a century on from when the Cold War officially ended, many are still in use.

This is because, despite the pizazz of modern computers, digital communications are extremely hard to hide. Electronic data always leaves a trace. Shortwave radio transmissions, on the other hand, are impossible to trace. Because anyone can receive them, it’s hard to prove who’s listening for nefarious purposes.

If war breaks out, the two adversaries will attempt to shut off eachother’s internet and cut power to their satellites. Be that as it may. It’s impossible to block the entire spectrum of shortwave radio.

In 2011 German police raided the home of a quiet middle-aged couple who they suspected of being spies. Fortune have it, when the police burst in the woman was in the middle of receiving orders from Moscow over a radio, her one-time pad on the table in front of her. Her and her husband had been spying in Germany for 23 years.

In 2001, Ana Montes, a senior analyst for the CIA was arrested on charges of spying for Cuba. Agents found a one-time pad in her home and evidence that she had been receiving communications from a Cuban numbers station.

Today, according to priyom.org, a website dedicated to curating numbers stations from around the world, they are still in use by Russia, Ukraine, North and South Korea, Taiwan, China, Poland, Cuba and Egypt to send orders to agents encamped in foreign countries. Priyom hosts an archive of recordings of current and former numbers stations.

As normal citizens abandon analogue technology, shadowy elements of the state still rely on a system perfected in the 1920s to send the kind of messages of which they cannot risk leaving a trace. None of us know where they come from, none of us know who they’re for. The signals skip across the sky, audible to anyone, impossible for us to make sense of. But somewhere, someone else is listening too, and they know what the messages mean. 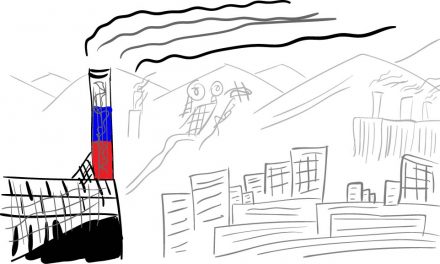 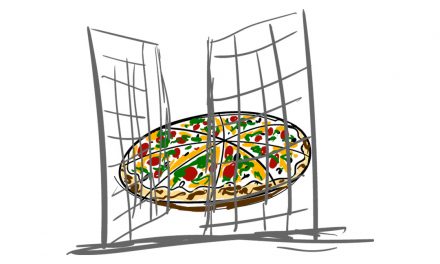